It takes courage to go out on a limb to design and build a home that perfectly suits the owners’ needs, rather than taking a cookie-cutter approach.

When Perth-born architect David Mitchell, who is now based in Sydney, set about designing a place where his parents could grow old without losing their independence, his focus was to give them everything they might need without being influenced by the usual list of items people included in their homes.

That meant taking the focus off resale to listen and use his own observations to create a city-based oasis for his parents, Bill and Di, who also spend a lot of time at their property in the South West.

On the cutting room floor was the often ubiquitous double lock-up garage. There were also no plans for a theatre room or a walled enclosure to create privacy from the street.

David heartily concurred with his father’s desire for fluid interaction with the street and so went out of his way to ensure the new house related strongly to the street, just as the original home on the block did. 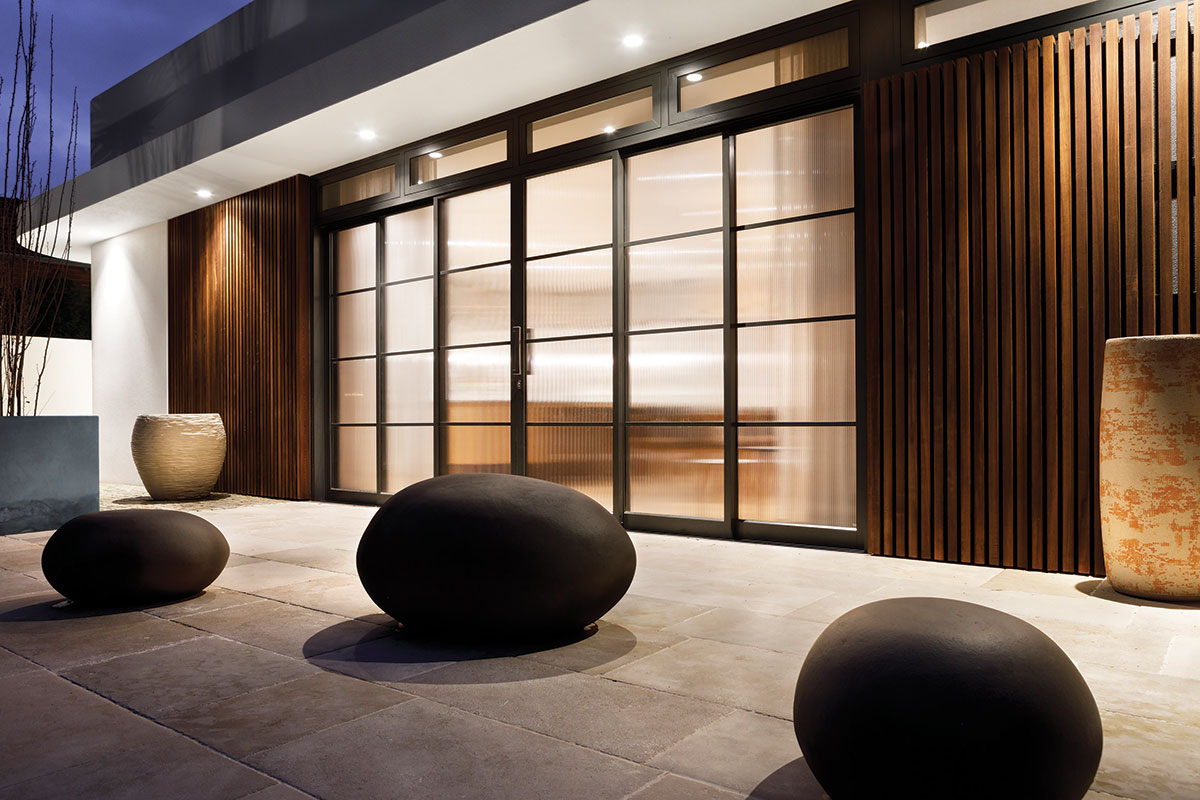 “Essentially, the brief for this house was that Dad wanted somewhere that if anything happened to him, Mum could live there easily on her own, so we made a lot of strategic decisions around that, including selecting the block,” David says.

“We looked at a few different areas that were walking distance to chemists and shops and close to my brother and we bought the block about eight to 10 years ago knowing that it would be their retirement place.”

“It had an original shack on it that was really rundown and Mum and Dad used that for their Perth house for a long time. They just took an old couch, two chairs, a radio and a TV and they lived in that, which was actually what informed the design a lot.”

“The old house had a little porch which was the nicest spot in the house and low and behold, it was a metre off the walkway. So we really wanted to replicate that in the new design, which as it turns out is very unusual for a new build.”

“Usually people build big fences and want to turn the house to face inwardly but this house does the opposite and you can even sit in the bedroom and still see the street.”

David says when he took the plans to council, there were questions raised as to why it didn’t have a garage or a high fence.

“To be honest, I don’t know what drives that kind of thinking,” he says.

David says he had to make use of every available space and it is designed to be easy access, from front to back.

“There is not one level change in the downstairs area and the bathroom is actually designed for handicap use but you wouldn’t know it by looking at it,” he says. “The bedroom is designed so that you can see all parts of the house, so if you are sitting in the bed you can still see the kitchen.”

David says his late sister had a disability, so he is well versed in the special needs of people in wheelchairs. The bottom level is essentially a five-star apartment and the upstairs is an additional apartment which can be separated off so a nurse could live there if required.

David says the inside is simple and clean, featuring white render and cement board.

The floors are parquetry, favoured by the Mitchells in previous homes and proven to be suitable to their style of living.

The joinery is all veneer. The kitchen’s island bench is a sculptural piece and makes a statement because everything else is simple.

“The focus is on living in the house, and how the spaces interact, not on fussy fixtures and finishes,” David says. “I really believe you can over-think things sometimes and that has the potential to ultimately impede the use of the space.”

He drew heavily on the benefit of knowing his parents intimately. “If you know the person you are designing for, it can be easy to get it right,” he says.

“I have included lots of little things that really work for them.” 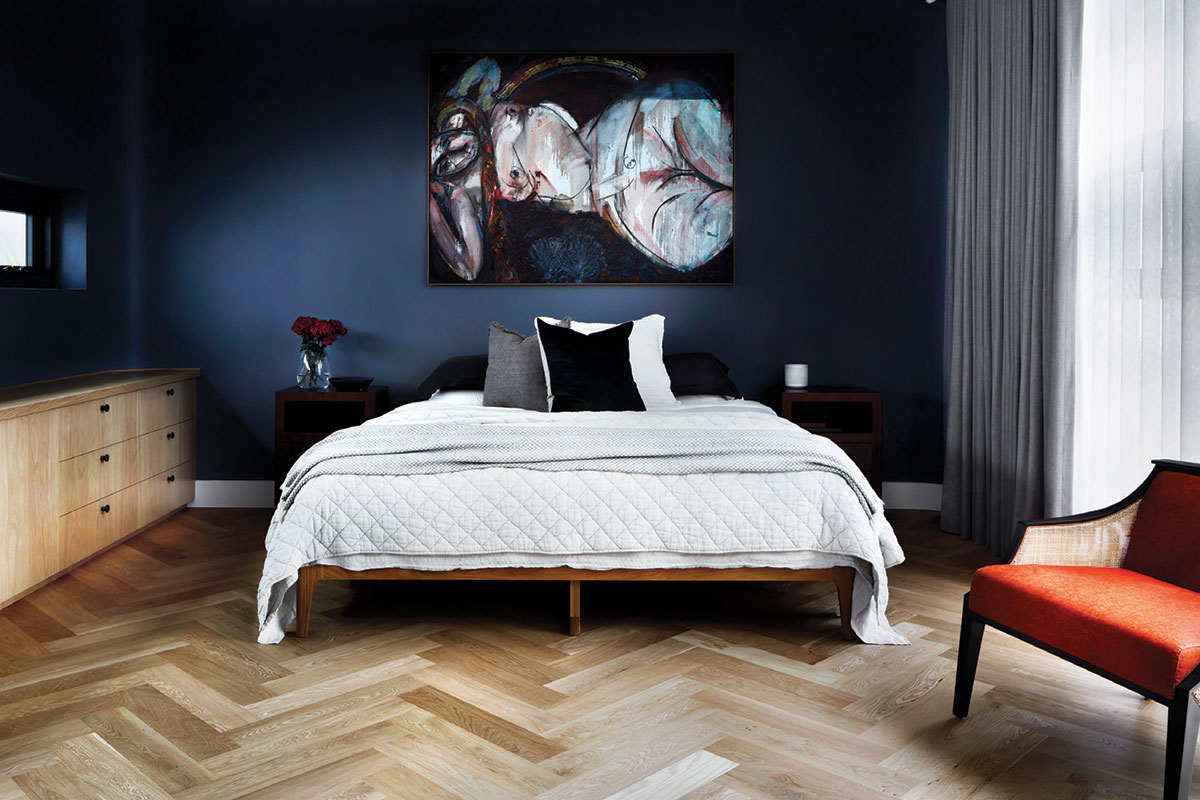 “There is a nook in the kitchen where there is a chair because my dad hates having an office, he hates being on his own and needs to have Mum nearby so I gave him a nook where he can work without spreading his stuff all over the kitchen and main living space. I lowered the bench heights because that suits my mum better.”

“So when they moved in, it really felt like it was home. They have created their own world, it is a reflection of exactly what they need. There is even a seat at the front door where Mum can put her shopping down.”

From the outside, the building is softened by a curvature reminiscent of Art Deco style.

The home was built by Prestige Homes and David says he used many long-time family friends to finish off the job.