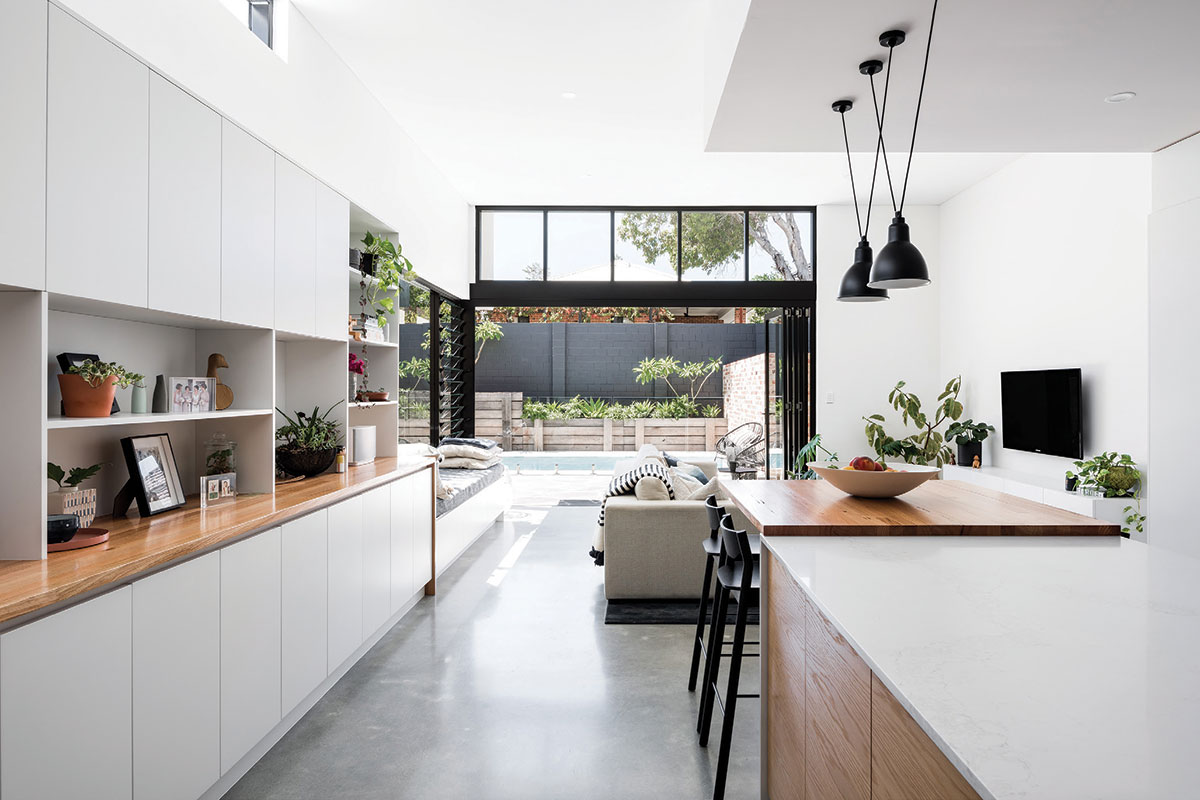 The Brief
The clients were drawn to the leafy suburb of Mount Hawthorn and the location adjacent to a beautiful park. At the heart of the project was the idea of celebrating the character and charm of the weatherboard cottage by contrasting but also blending its period features with contemporary details to create a beautiful and functional home which would accommodate a growing family. Originally a dark and pokey cottage consisting of one bedroom plus a sleepout, it had limited connection to the outdoors. The brief was to create a light, bright, and comfortable open-plan home which was family (and dog) friendly and great for entertaining whilst making efficient use of the 490sqm site.

A big emphasis was placed on creating a functional floor plan which would accommodate various zones suitable for family living without compromising the size of the outdoor spaces. Externally, the rear contemporary form contrasts against the original cottage features and materials such as recycled brick and timber, along with crazy paving, add warmth and visual interest to the overall look. Large bi-fold doors extend the living area out to the rear garden blurring the sense of inside and out. 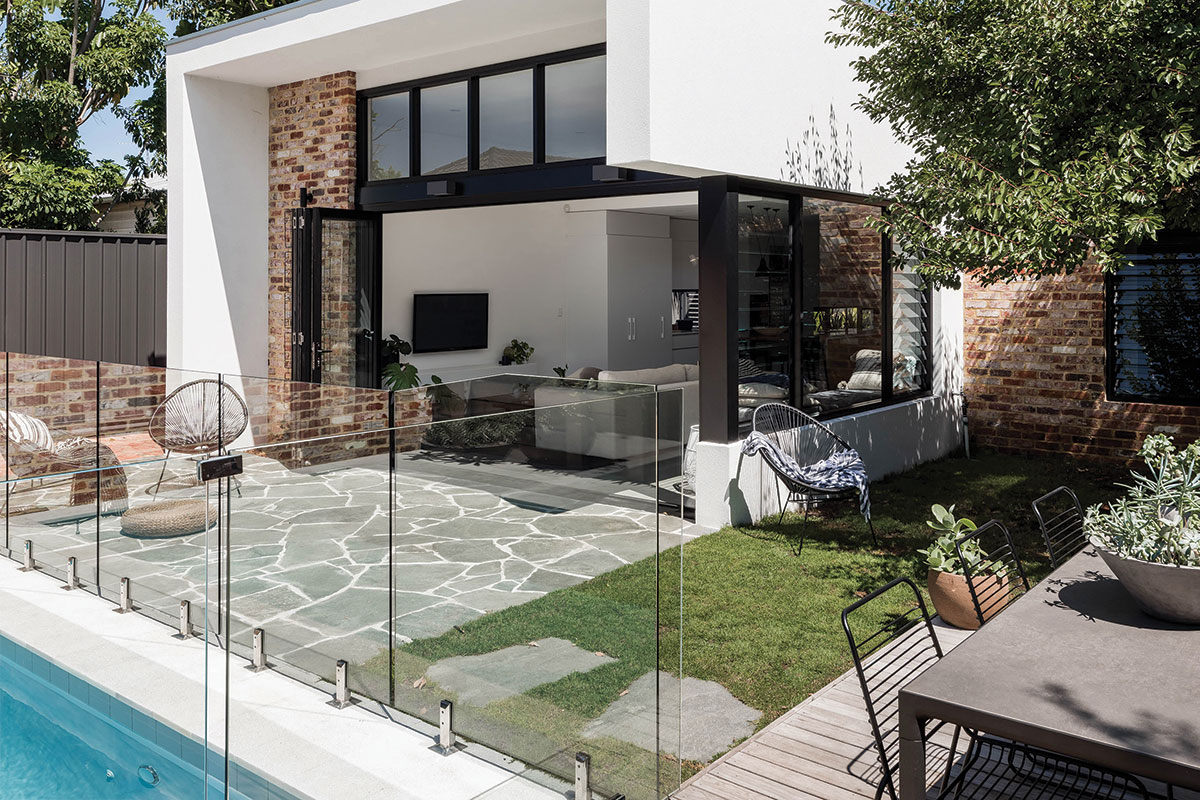 The Solution
The entry to the home was redirected down a new raised side deck creating a link between the ‘old’ and ‘new’. By doing so, it allowed for the separation and zoning of private vs public spaces, which were important to the functionality of the home.

A kids’ wing was housed in the existing front cottage, while the master wing and open-plan entertaining areas formed the new extension.

The rear extension was kept intentionally simple in form so as not to compete with the existing cottage and work within the construction budget. A lot of emphasis was placed on the quality of the experience for the family. An abundance of natural light floods the home and well considered openings encourage connection to the outdoors throughout the home. Louvre windows and large volumes of space create an easy, breezy feel and a generosity of space.

Clever details such as the integrated study/storage unit in the living area and built-in daybed allow for the efficient and multi-purpose use of the open-plan living area. This reduces the need for dedicated study and activity rooms, allowing for the family to be better connected in the way they live, and enjoy the space. 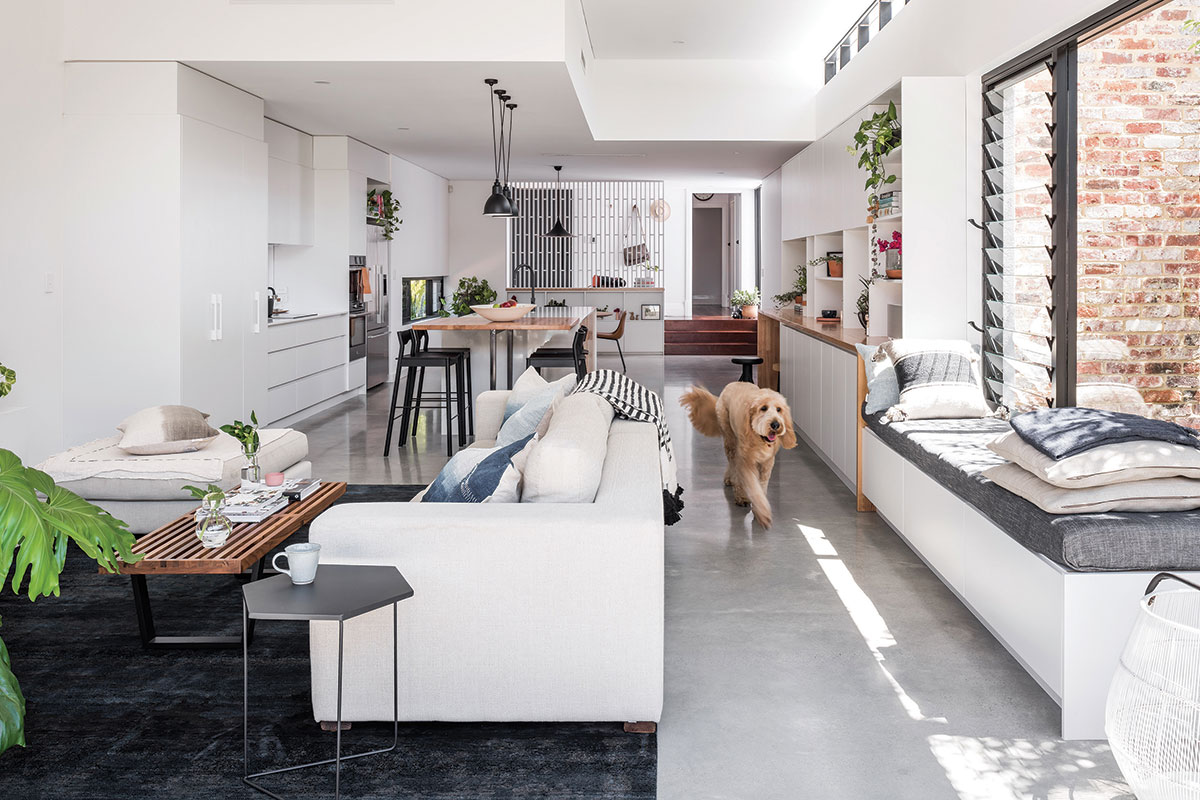