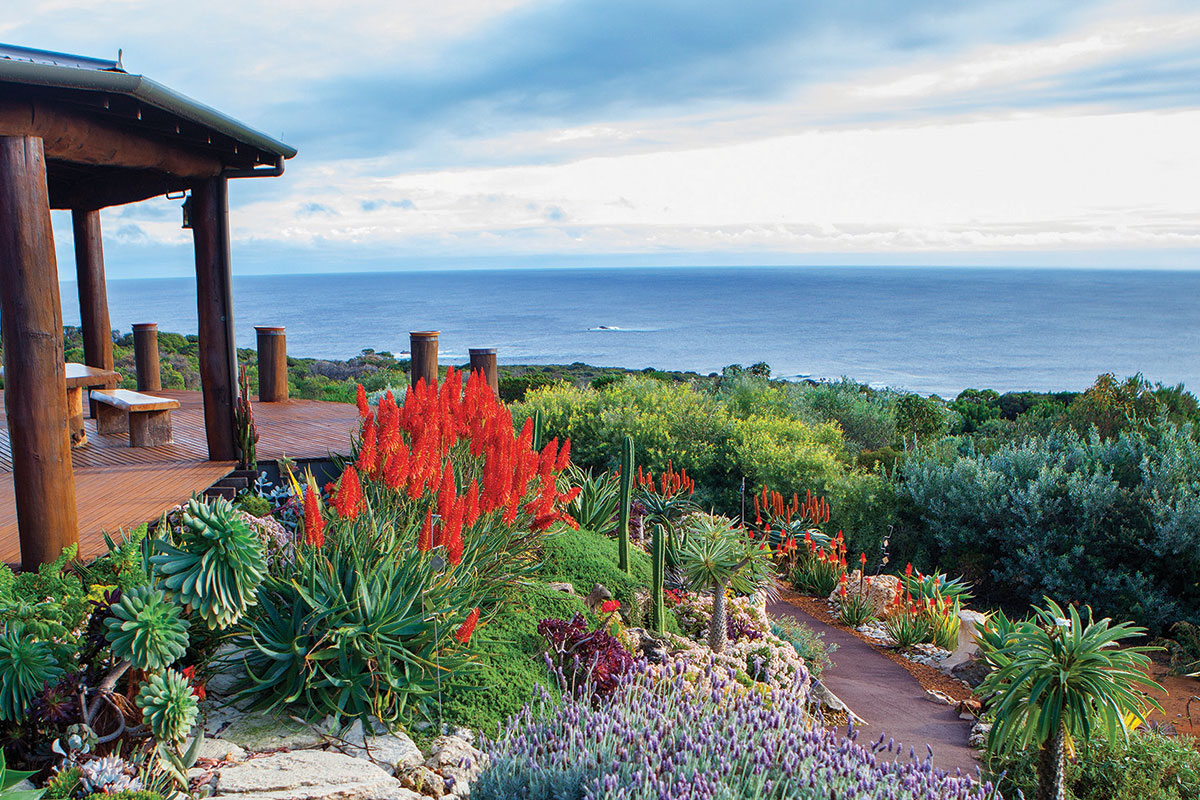 Faced with the problem of living in a high-risk bushfire area, Yallingup residents Bill and Di Mitchell decided to make the best of their situation.

Researching ways to tackle the issue, Bill came across the idea of planting a fire-retardant garden around the 10-hectare property which overlooks spectacular Smiths Beach.

And no one could have anticipated the results would be so successful that the garden would land national awards, not just for its function but also for its beauty. 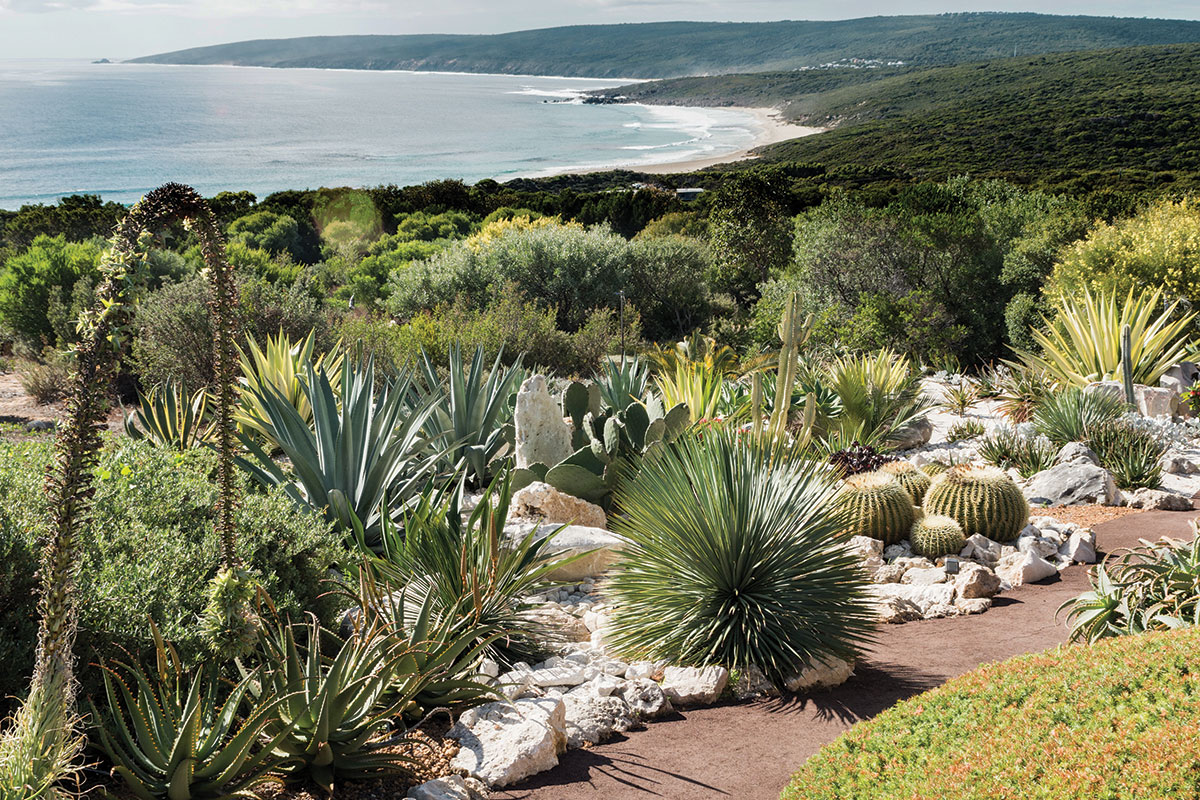 The garden, which the Mitchells have dubbed ‘Fire and Beauty’, is loaded with thousands of cacti, succulents and aloes.

If a blaze was to approach the property, rather than catching fire, the plants would boil due to their high water content.

The succulents form a 30m-wide buffer around the home and work in tandem with the use of other hard surfaces, which also cannot ignite. The closest natural bushland is 40m away from the home.

The waterwise plants only need to be watered once a week.

The area’s soil, which is high alkaline and rapid draining, is ideal for growing succulents and cacti and the Mitchells have been rewarded with a garden that has been relatively quick to establish, although some of the plants are four decades old. 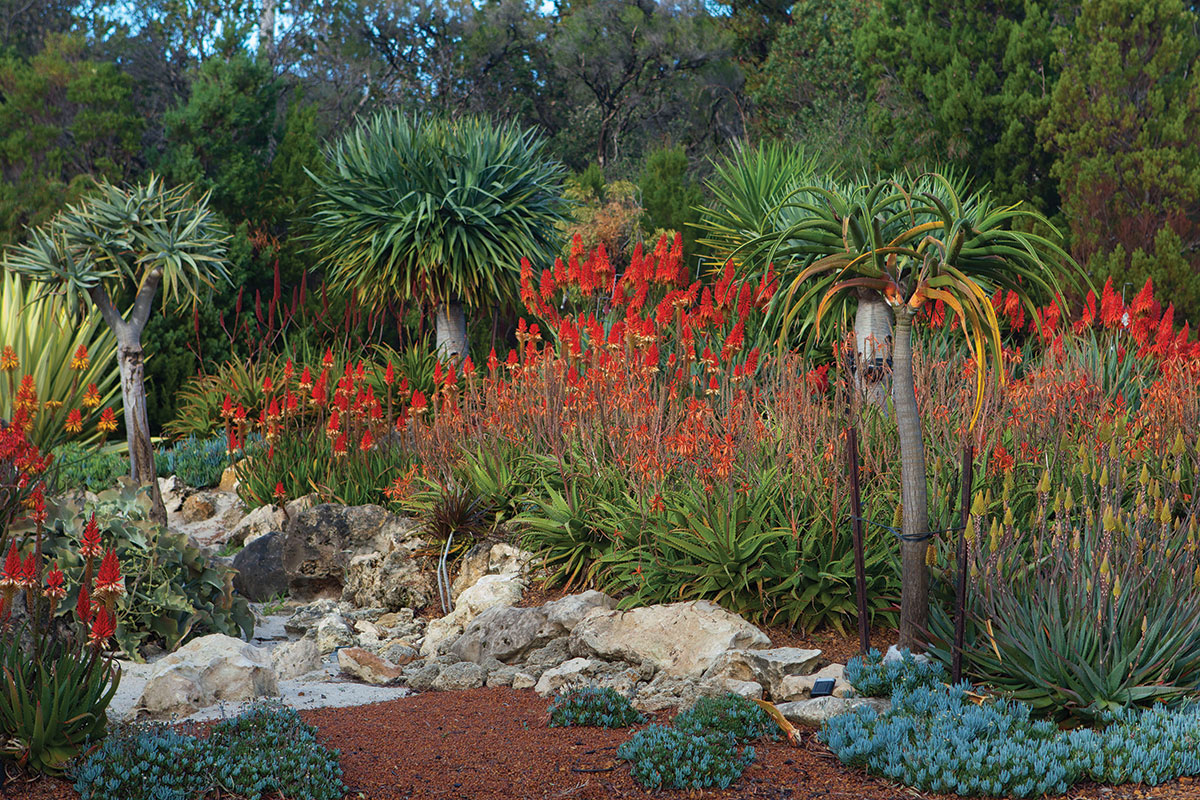 The garden took out the gong for the best large garden category at Gardening Australia Magazine’s 2016 Garden of the Year awards.

It boasts one of the largest private aloe collections in the country and has 20 different varieties of that species alone.

The property also has a water storage and pump facility which can be operated by text and the water for the system is collected from the property’s own run-off.

“People say looking at the garden is like swimming over a reef, there is so much colour and texture to look at,” Bill says.

“This garden has become my passion but the functionality is also really important and I try to get the word out to people that they can create a space of beauty and protect their home at the same time.”