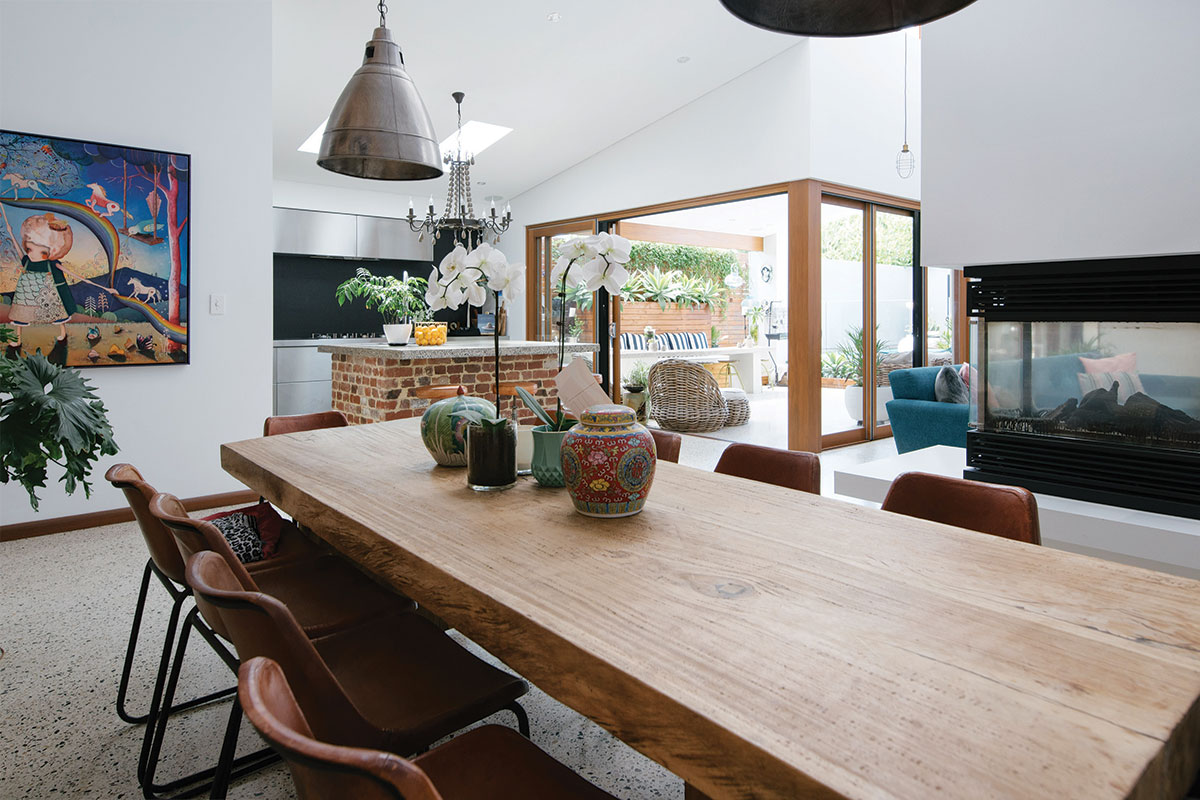 If your heart is set on living close to the CBD, chances are you will find it difficult to secure a block on which to build your dream home. This is one of the main reasons why renovations are so prevalent in Perth at the moment.

According to building designer Janik Dalecki, more people than ever before are seriously considering the option of preserving their existing house and making modifications or upgrades to breathe new life into the property.

He says that for many people, renovating gives them the freedom to stay in a suburb they love.

“It is honestly near-impossible to get a block of land without paying top price compared to buying an established existing house,” he says.

“Although renovations and additions are technically more expensive than a new build when comparing square metres, they can work out to be more cost effective especially if you are needing to demolish an existing house to rebuild.

“The existing house may only need an additional bedroom and bathroom, or a new open-plan living area to give the overall house a new lease on life and the cost of this compared to an entire new build can often be much cheaper.

“For some people, buying an older house closer to the city with the plan to renovate it down the track when they financially can afford to is a much more attractive scenario than building a new home at the end of the freeway.”

Janik says it is possible to achieve a renovation that looks and functions like a brand-new build but being flexible is the key. 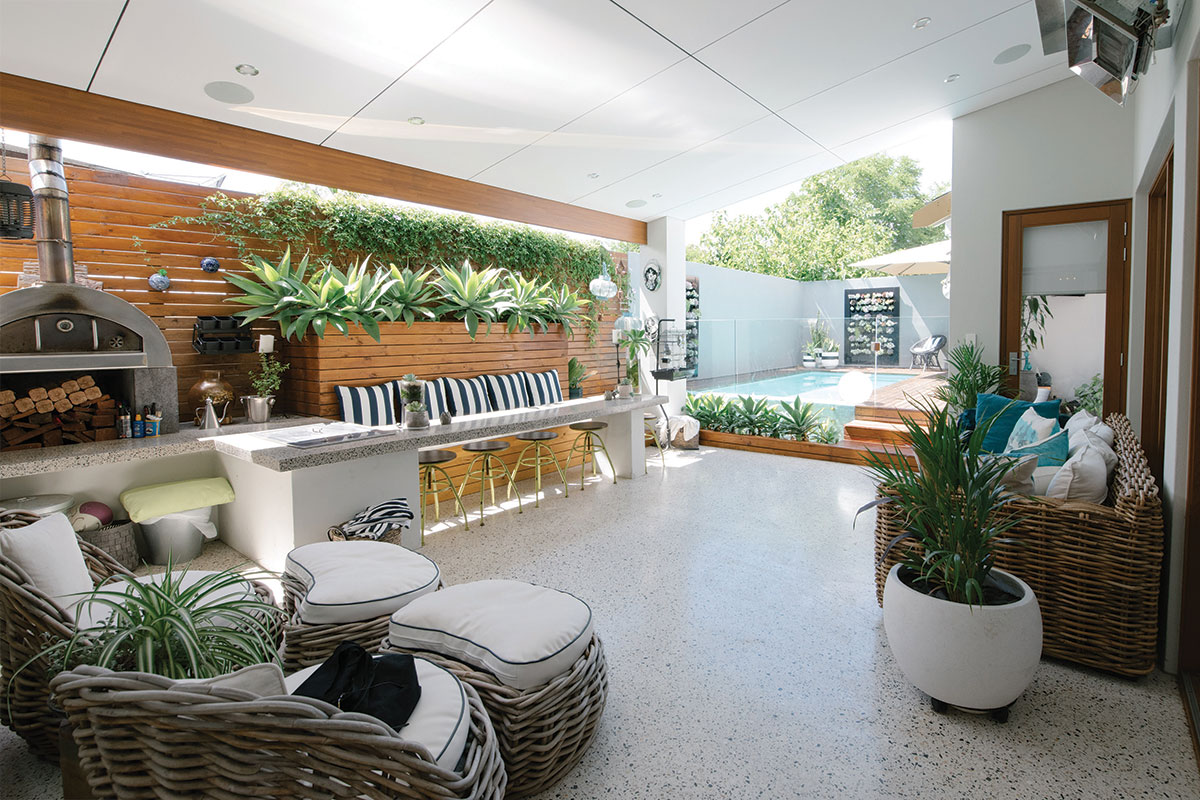 “The thing I tell all my clients up front when working on alterations and additions is you must remember we do not have a 100 per cent clean slate to work with and to some extent are dictated by the existing house,” he says.

“In a lot of the cases though as you have more restrictions, it really challenges your thought and design process, often resulting in a very individual design.

“If you are set on one particular layout and not open to alternatives, then chances are it is not the right process for you. That particular layout you have seen that you wish to replicate will have its own ideal orientation and to get that to work on an empty site can sometimes be impossible, let alone to get it to work around an existing house.

“There is so much to take into consideration with a new build, including orientation of the sun, breezes, views, gardens, neighbouring residences etc so to throw in an existing structure that you must work around, it really does require you to have an open mind.

“A really well-thought-out and well-functioning layout can be created when working with an existing structure but it does require carefully planning and a lot more upfront design thought and time than a new home would.”

Janik says that with sustainability a big issue for many people, saving an existing structure is an environmentally friendly option.

“Although the materials used to build the existing structure may not have been sustainably manufactured products, the most suitable thing moving forward is using them and offsetting the energy.” 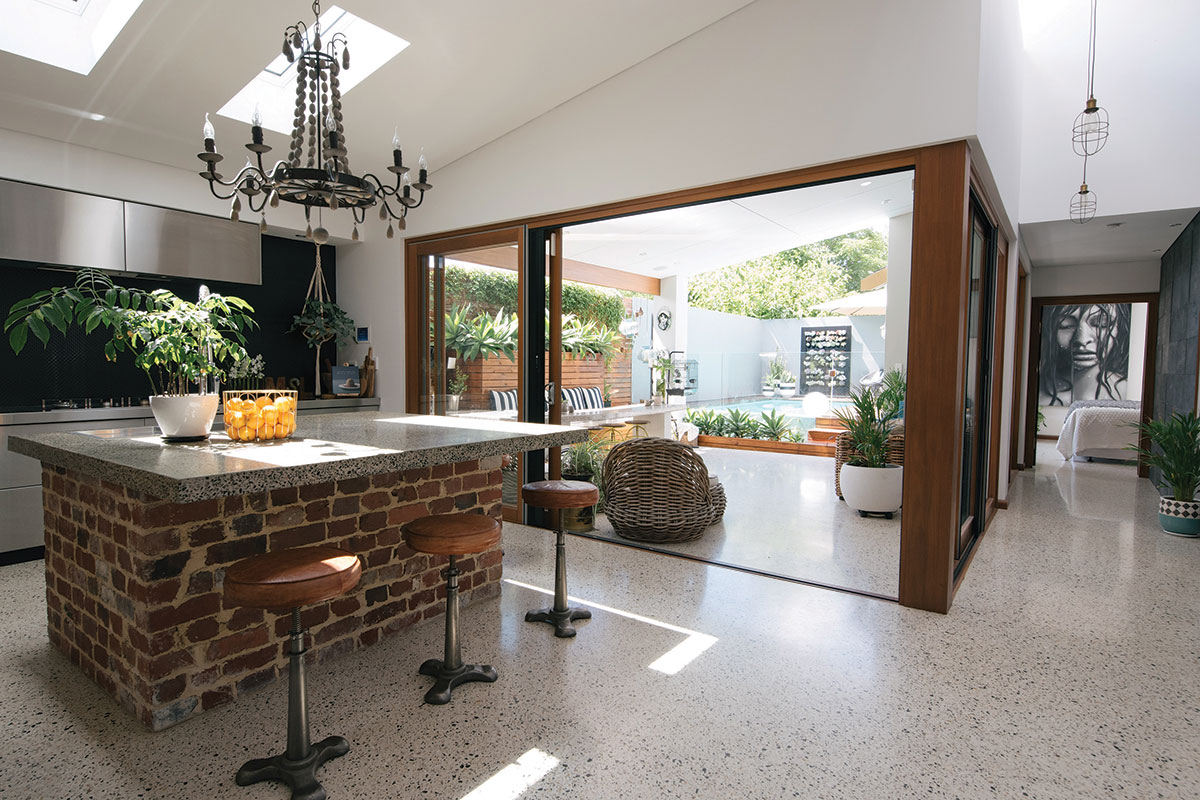 There are so many suburbs around Perth with obvious character and plenty of heritage gems that are worth renovating, according to Janik.

“But there are also really solid post-war homes built in the 60s, 70s and even 80s and 90s that many people wouldn’t even think of renovating. Other than your character gem-filled suburbs like Subiaco, North Perth and Mount Lawley, suburbs such as Scarborough and Doubleview also hold plenty of stock.

“The attraction with suburbs like this that are still in close proximity to the CBD is the zoning often allows a development opportunity such as a duplex or even triplex.”

Janik says suburbs such as Maylands, Bayswater and Bassendean are now considered prime locations. “As these are older suburbs along the railway and river line, they have some really great homes in need of renovating, some even being pre-war houses with plenty of character and charm. Again due to its proximity, many of these also have subdivision potential.”

“Maybe it is that they have seen them built, lived in them or had friends live in them and seen some of the benefits but it is certainly becoming something that is more commonplace,” he says.

“We actually have clients come to us and mention as part of their brief that they wish to use alternative construction methods. It is a really exciting time as people are now becoming more aware and more conscious of the impacts their decisions make not only on themselves, but the entire world.”

Best of Both Worlds

Daglish couple Thierry and Caroline Bertolino knew their beautiful bungalow would never adequately cater to the needs of family life and their three growing sons. But they loved the home and respected its heritage, so they made the decision to renovate and extend.

Thierry, a scientist, says he had a vision of how he wanted the finished property to look and went about investigating the different means by which he could make it happen.

After considering taking on the role of owner-builder, Thierry says they instead decided to enlist the services of a builder. But he has been as hands-on with the project as possible, including hand digging the space for a large swimming pool.

The finished home will transition somewhat abruptly from old to new but the couple made the deliberate decision to proceed that way.

When the project is finished, the home will boast a massive open-plan kitchen and living area and a new second storey with main suite.

The top storey will be constructed using lightweight alternative building materials which Thierry says are commonly used in Europe. He also favours this method because construction time is fast and sustainable.

A bank of floor-to-ceiling windows at the back of the new extension will provide plenty of light as well as warmth during the cooler months.

“We’re really happy we chose to go down this path,” Thierry says. “The builder has been really good to work with and that has made it a good experience and I feel confident that everything is being done properly.”

He loves the period features in the front of the house and is happy they have been able to preserve them.

“We love this area, it is close to everything and we really appreciate the character of the existing structure,” Thierry says. “It is exciting that we can get the best of both worlds.”