Downsizers attribute success to the Home Base Owner-Builder Support Network 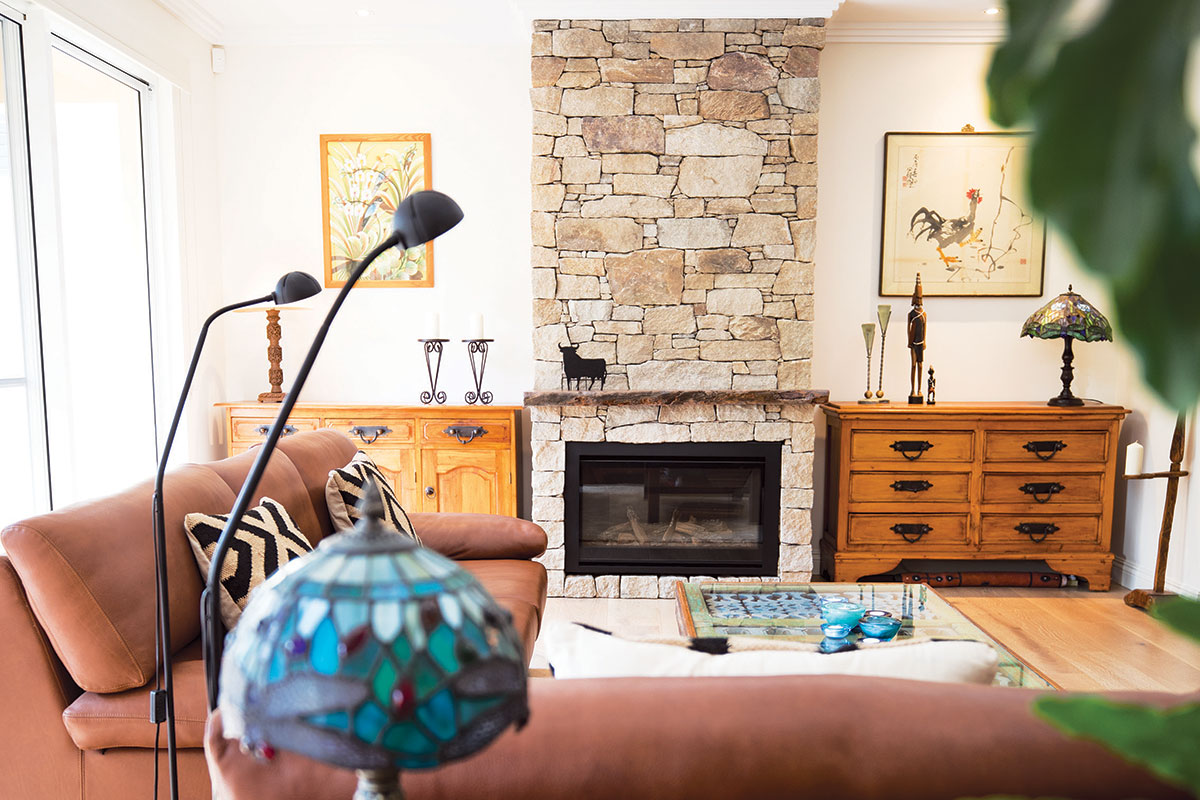 It’s the fine details that make a difference and Mike and Younghi Newman’s home is packed with little extras that combine to make it stand out from the crowd.

Built as a downsizer, the home is meticulously finished with incredible attention to detail and a raft of upgrades and extras, such as a sunken backyard wine cellar, state-of-the-art remote-controlled lighting, ducted dustpans and even a remote-controlled whisper-quiet range hood.

And what will come as the biggest surprise is that it was all achieved on a smaller budget than was quoted by any mainstream builder and finished ahead of schedule. The savings equated to roughly a year’s salary for Mike, who has recently retired from his job as an engineer.

Mike believes the secret to the build’s success stems from his involvement in the Home Base Owner-Builder Support Network. He says being part of the network helped him to proceed as an owner-builder with confidence and ease.

He was able to not only have access to mountains of information but also had the chance to bounce problems and ideas off other members and the group coordinator, Megan Waru. The network also provided access to trades.

“Don’t get me wrong, being an owner-builder is not a walk in the park,” Mike says.

“But what I can say for certain is that I thoroughly enjoyed it and this definitely won’t be the last time I do it.” 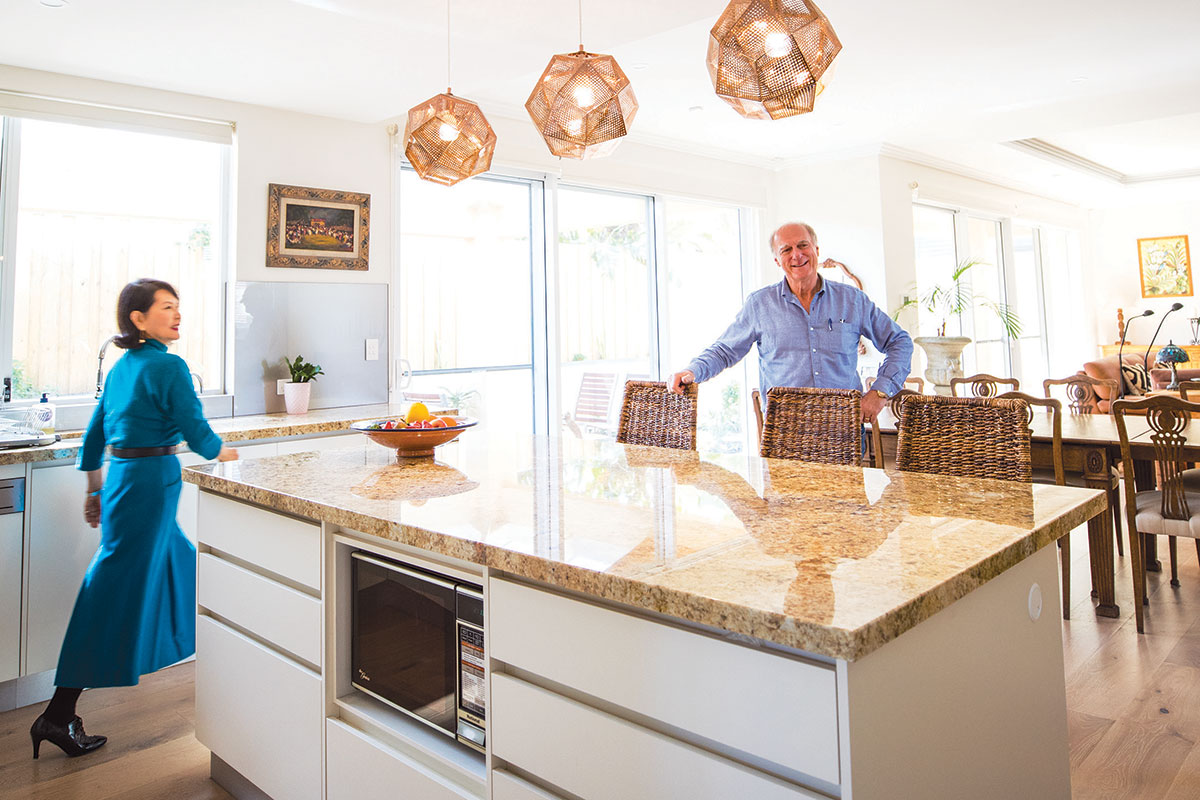 Younghi says she and Mike have built several homes and units but none of those six projects went as smoothly as this.

“One of the best parts about it was that we didn’t have to choose everything at a pre-start meeting,” she says. “We could choose pieces as we went and we could also change our mind and that meant we really got exactly what we wanted.”

Mike says the savings from managing the project himself were put towards extra items, such as the wine cellar, that would otherwise have been out of the question.

Spectacular granite benchtops are found not only in the kitchen but also in the laundry and many powder rooms. 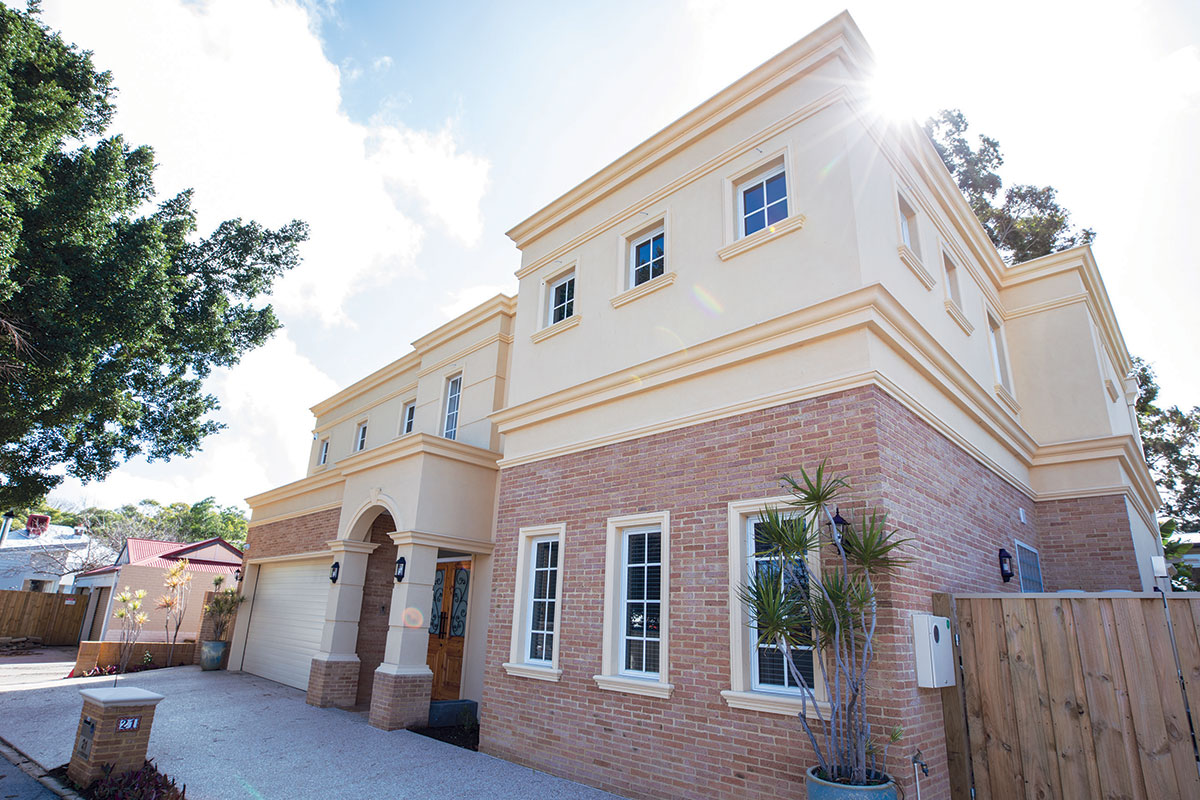 A pulldown ladder system leads to the roof so that Mike can keep an eye on gutters and clean the extensive solar panels which provide a huge amount of the home’s energy needs.

Mike says he required plenty of time for research but he enjoyed comparing different products and quotes and was stunned at the savings that could be made.

“I definitely had some lucky breaks throughout the build,” he says.

Securing the small block in Claremont was the first major victory and things flowed on from there, with the home taking 12 months to complete.

Mike ensured everything stayed on schedule by buying a ute and making himself available for last-minute pick-ups and deliveries.

The house is finished with clever eclectic styling by Younghi, who has collected and curated mementos and artefacts from their extensive worldwide travels. Displayed throughout the house, these items inject interest and personality to the space.