Spice It Up: Part Three

Many homeowners dream of one day updating their kitchen to make everyday living and entertaining a breeze.

But there’s often something that stands in the way, whether it be finances, inconvenience or a lack of time due to the challenging pace of modern living. Many people are also not sure how to turn their dream into a reality and the pressure to get it right can be stressful given the hurdles that need to be overcome to get on to the starting blocks in the first place. 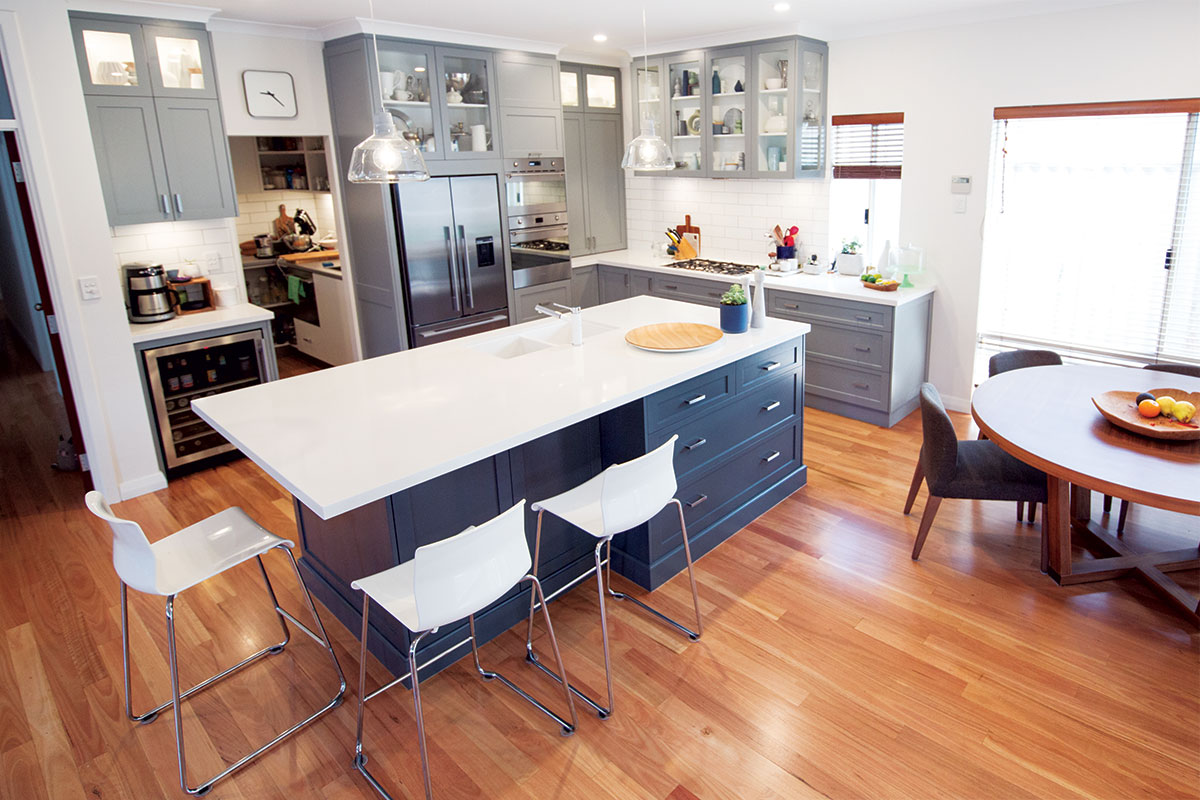 As Renae and Stuart Nahajski’s three children grew older, it became more obvious that their kitchen needed to expand to cater for everyone’s needs.

“We were planning to put on a second storey, also to cater for the kids, and thought we’d do the kitchen at the same time,” Renae says.

“All cabinets, benchtops and appliances needed to be replaced, we also wanted to explore the option of a scullery and to keep as much of the existing footprint as it was in order to save money.”

Renae says having a professional team, like Kitchen Capital WA, to help guide the process was the smartest decision the couple made.

“The aesthetics of the kitchen stayed the same throughout but the scope of the works changed a lot,” she says. “You need to have someone there with experience to make sure you’re able to see the big picture and now we are in the position where I could honestly say, I wouldn’t change anything.”

“We needn’t have worried, the crew could not have been more respectful or tidier. We quickly became very fond of all of them, they were some of the loveliest people we have met.”

A giant island bench is home to the kitchen sink and it also provides the perfect spot for the family to gather around at meal times and before school and work.

It also contains a huge amount of storage, including a clever hidden cupboard where Renae stores special items for occasions such as Christmas, Thanksgiving and Halloween that only need to be accessed a few times a year.

“My favourite element is the function and flow of the kitchen and how easy it is to cook and entertain in it now,” she says.

“We love all the storage and the practical placement of all the appliances. It is easy to pack and unpack the dishwasher because of thoughtful planning.”

TOP TIPS FROM RENAE AND STUART

Visit Kitchen Capital WA to find out more or see the showroom on Upper Level 2 at Home Base.