A World of Discovery 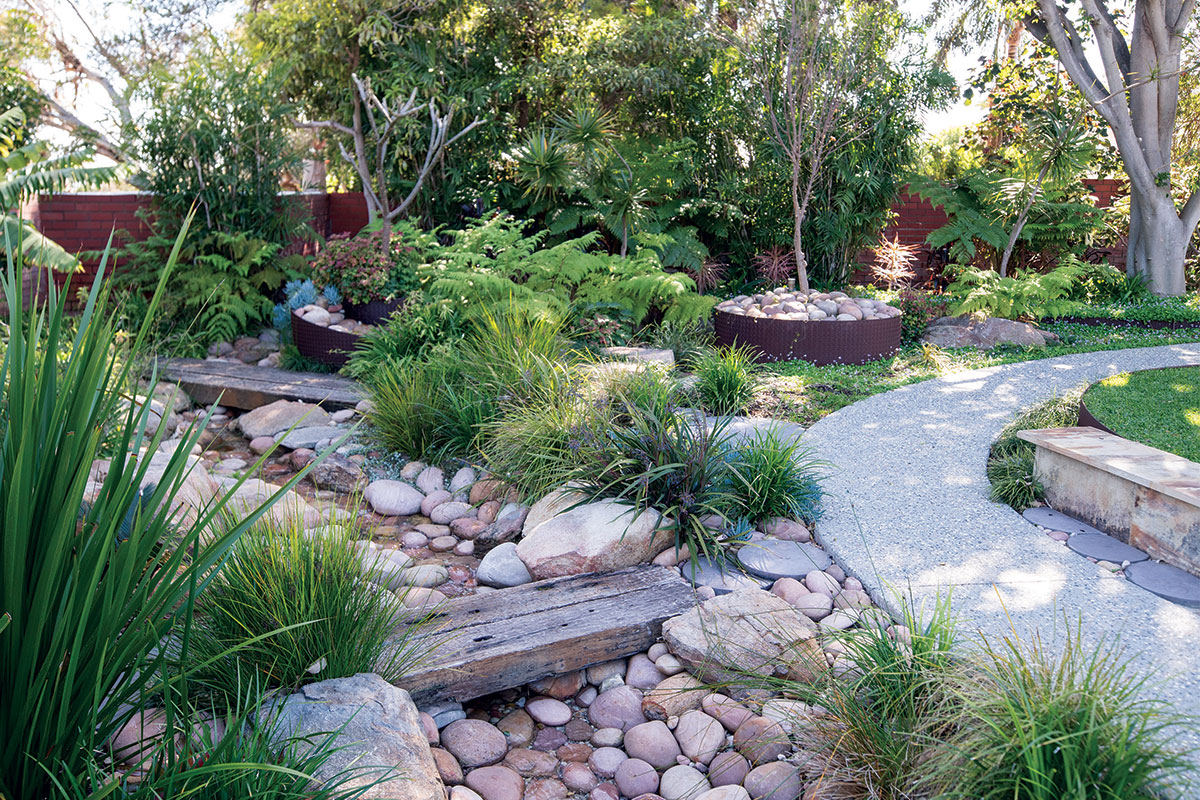 With a dream of creating a garden filled with intriguing nooks and surprises to entice their four children to play in the fresh air, the owners of this Nedlands home set about looking for the perfect landscape designer.

After approaching some of the industry’s biggest names, they finally engaged the services of Andrew Beck, of Sustainable Garden Design.

Andrew, a former language teacher and marketer, was also on a mission to fulfill a dream. After years of desk work, he decided it was time to indulge his love of horticulture and work outside.

But the garden design world is very much based around reputation and previous work history, so while Andrew’s flair and enthusiasm was strong, it took some time to break into the market.

“You can put in a beautiful garden but it takes time to mature,” he says. “Sometimes you might get lucky and a job will have some good established trees that you can preserve and that helps to make things come together more quickly.

“It’s also rare to land a job where the clients will let you have free rein, so you are always dreaming about the day one of those will come along and you get to really go to town and create something amazing.”

Andrew says the Nedlands project was a dream come true.

One of the owners grew up in the 1980s riverfront property which was now in need of a clever renovation.

With the help of an architect, the home was transformed, its angular exterior and classic 80s features softened with the clever use of extensive soft grey composite decking and decorative wooden cladding. 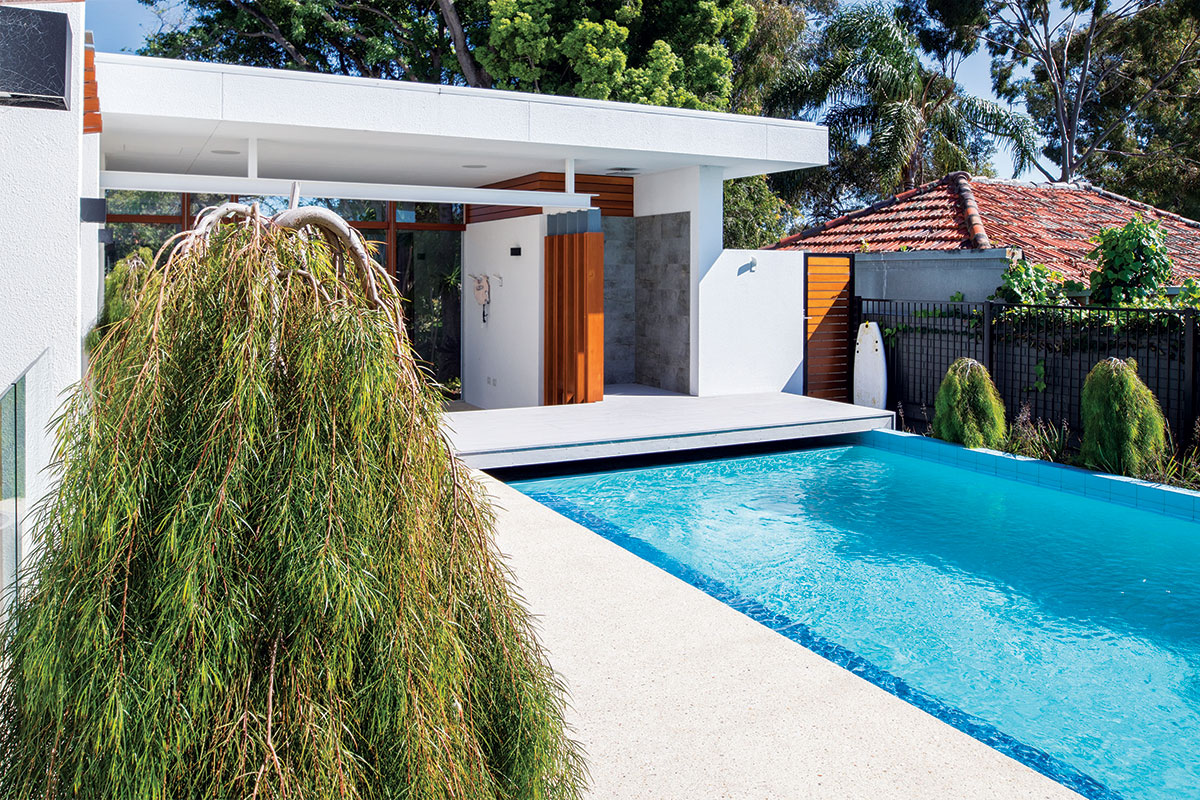 The garden was virtually a sandpit. The back, with its incredible sweeping views of the river, and the front, with a rock garden and swimming pool, were home to a few established gems, including a massive poinciana, a beautiful magnolia, a large ficus and some other established natives.

Andrew says that during the renovations, some of the established trees started to deteriorate, so he called in the services of a tree doctor to give them some extra care.

“Some of the other landscapers we spoke to wanted to pull out all the trees and create something shiny and new,” the owner says.

“But Andrew saw the value in them and that was really important to us.

“What was also important was that we created a space where the children wanted to play and we needed to avoid some plants that are not great for allergies.”

Andrew says he was excited to include a big range of fruit trees, all carefully selected to appeal to the children so that they would be enticed outside to forage for the treasure they would inevitably yield.

To contrast the angular features of the architecture, Andrew was generous with the use of his signature organic shapes and varied textures.

The raised round grass beds bordered in aged COR-TEN steel are both playful and functional. The winding pathways of concrete stepping stones are as physically stimulating as they are visually exciting. Children hop endlessly from one circle to the next and adults appreciate the beauty of their patina juxtaposed against delicate sprouts of native violets.

In the front garden, a pebble-studded creek bed originates from a spiral COR-TEN water feature that blends seamlessly with its surrounds, its endpoint indistinguishable and yet in some places it flows freely enough for the children to launch a toy boat.

Andrew says he built the creek bed using salvaged rocks that were already on site.

Underneath a big ficus, he has capitalised on the shady micro-environment created by the tree’s dense canopy, planting shade-loving species such as clivia and liriope. 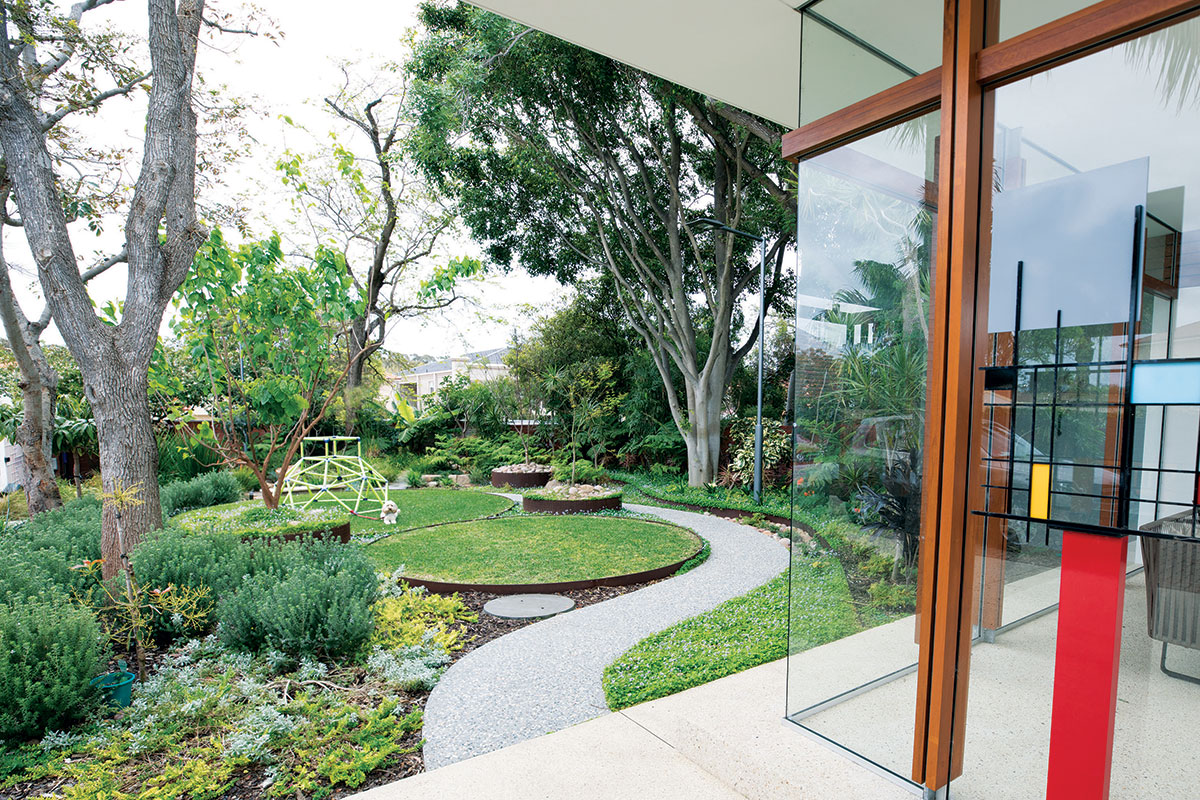 Underneath the shade of the giant cantilevered balcony in the front yard, he has artfully married more native violets with bromeliads.

Under the magnolia are drifts of kangaroo paws. A moat-like trench at the very back of the property houses the fruit trees and endless opportunities for hide and seek and role-play.

The pool is decorated with architectural weeping acacias that look like they belong to the set of a sci-fi.

The overall result is a thoroughly modern, imaginative and interactive Australian garden that will delight its owners and their children for decades to come.

“There’s no question we got what we wanted,” the owner says. “People come to visit us and all they can talk about is the garden. There’s something new to discover around every corner, it’s not just a big open space, you have to move around it and through it.

“There’s always something in flower. Recently, the children discovered bananas growing on the banana tree and we had to get an axe to cut them down and we ate them.

“It is unbelievably low maintenance and the longer it is in the ground, the better it gets.”

“Gardens should evolve over time,” Andrew agrees. “That’s part of the joy of them.”