A touch of luxury in a tiny space 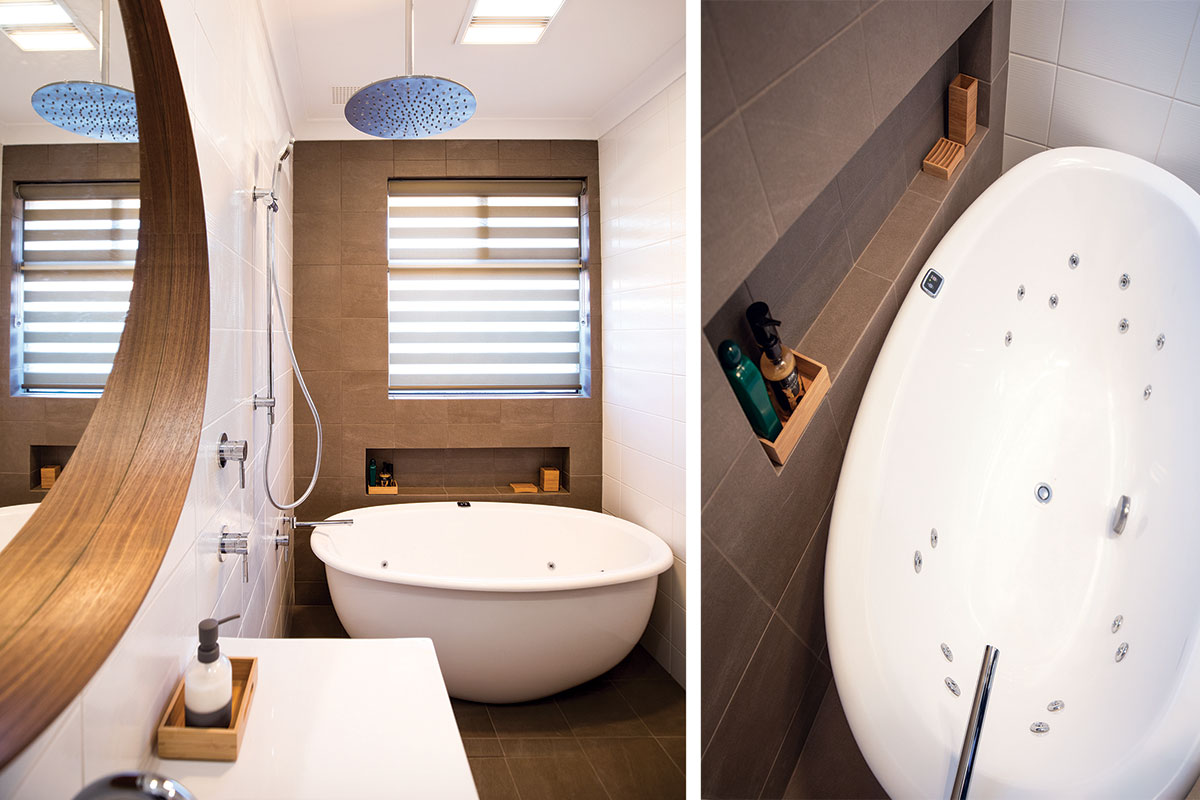 With a day job focused on data analysis, Jenny Smith relishes the chance to express her creativity at home.

She and husband Ben have renovated their Bassendean home with flair and there’s something interesting and well thought out around every corner.

When it came time to renovate their second bathroom, Jenny was keen to think outside the square. And there’s no question her eye for detail and meticulous planning have contributed to the success of the project.

She still had her heart set on installing a freestanding bath. “The original bathroom was 80s style,” she says. “It was all beige with a shower over the bath. We really wanted a separate bath and shower without feeling confined but the space was tight.”

The couple enlisted the services of WA Assett – The Bathroom Renovators to undertake the renovation. Finding a bath that fit in the narrow space was a real challenge but Jenny was not prepared to compromise.

“I wanted a freestanding spa bath with 16 jets,” she says. “It was important to me because we really wanted a place to relax, so I guess the most difficult part was finding something suitable.” 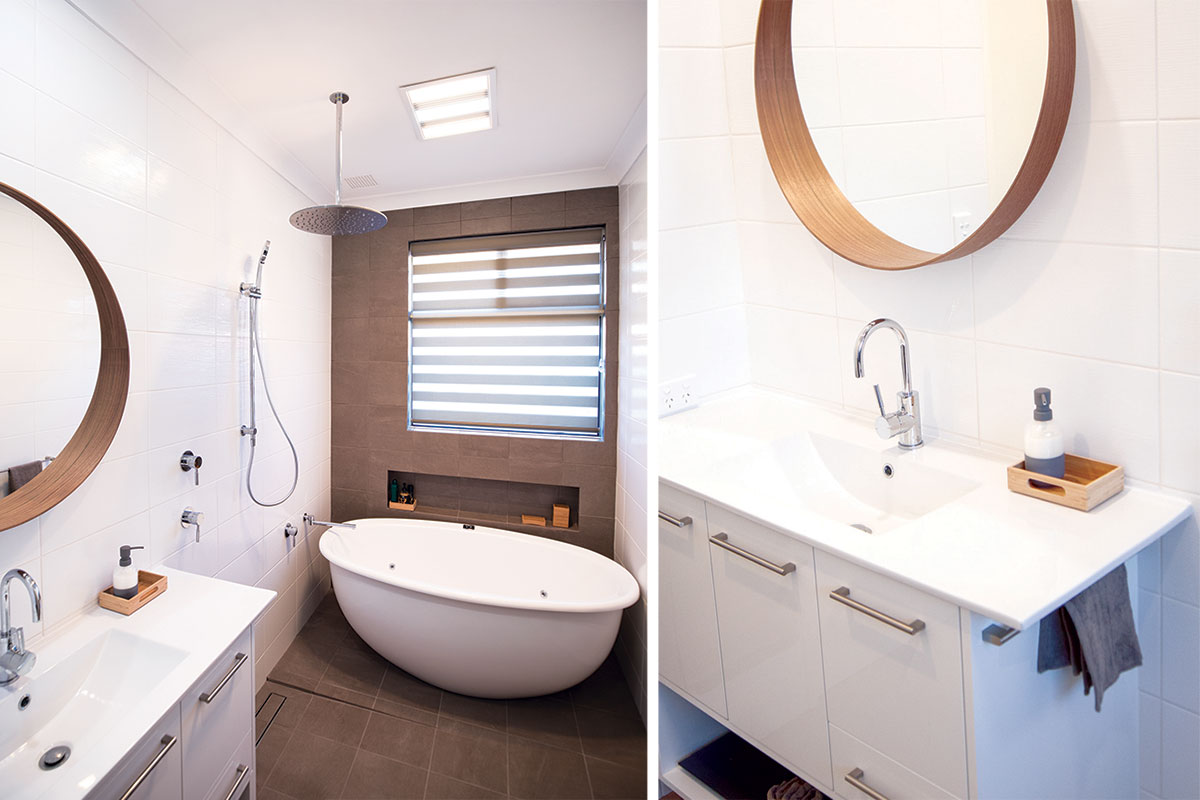 Jenny realised it was possible to get a bath that was not fixed into position. “I liked the idea of not having the bath plumbed in because I can move it out of the way to clean or reposition to fit the mood,” she says.

After doing plenty of research, she bought the bath sight unseen online. And the gamble paid off.

The bath is an eye-catching feature which is lightweight and easy to move and clean. An added bonus is that it can fit two people.

The renovated bathroom also features a spectacular shower rose complete with LED lighting. The lights are blue when the water is cold, green for mildly warm and red means the water is too
hot to step into. “It turned out to be a good safety feature too,” Jenny says.

While the fittings, tiles and mirror she chose are not fancy, they suit the second bathroom perfectly and Jenny says she’s really happy with the end result and that it was well worth her while to shop around.

The waterproof vanity, which was made by WA Assett, means that she doesn’t need to worry when water from the unscreened shower splashes about.

“I really wanted one big, open wet room, and that sounds great in principle but there are lots of things to consider,” Jenny says. “We are really happy with it and it did turn out to be the touch of luxury we were hoping for.”

To find out more, visit WA Assett – The Bathroom Renovators or visit their showroom and selection centre at Home Base.